G-4E2PH8KKLT
Home / Library / Crystals in Everyday Life / What do crystals do and why are Long Islanders seeking them out? 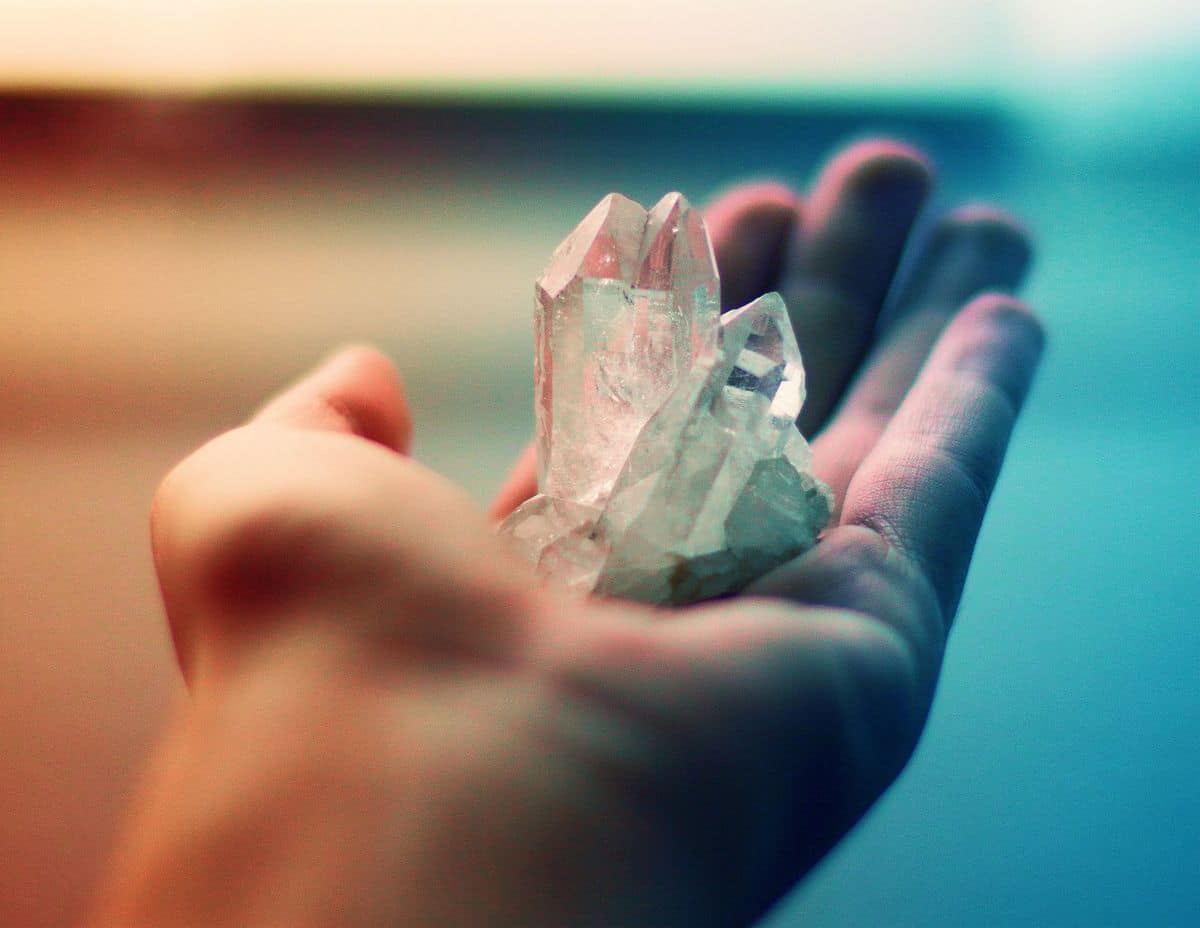 How to deal in a crazy year where life seems anything but normal? Some are turning to crystals and purveyors of the from-the-earth stones are noting a surge in interest and sales.

"People are looking to things that are more spiritual and offer a higher level of awareness to be in touch with themselves, get a better sense of clarity and to move ahead to better times," says Michele Accardi, 65, who opened The Wishing Crystal in Lindenhurst last month.

These times call for a calm, echoes Laura Shockley, 45, the owner of Joyful Treasures in Point Lookout, a gift boutique with a large crystal inventory that opened in June. Her crystals are trending with teens. "Over the last month and a half, they’re coming in and buying loads of them," she says. But it's not just teenagers. "People are wanting to be uplifted and to create a sense of peace." 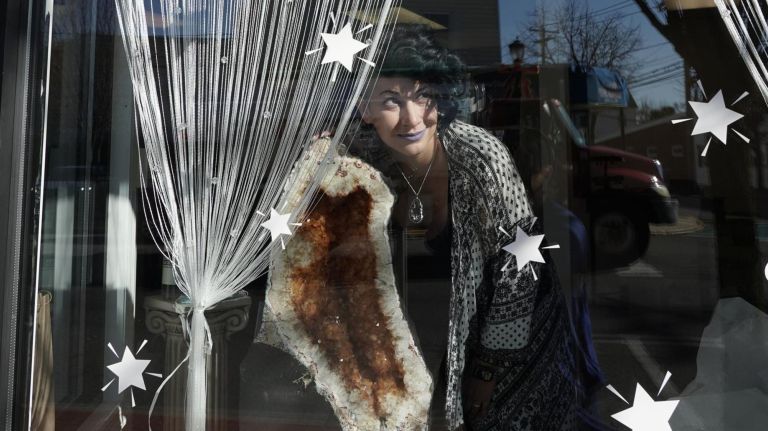 Monika Wolfe, 54, of Port Washington has decorated her home with a substantial crystal collection. A gigantic amethyst, which in the crystal world signifies magic, mystery, royalty and good judgment and will supposedly get rid of obstacles and restore balance, is the star of her collection. "I like my eyes to land on them everywhere I look," she says. Her reasoning is less mystical and more about aesthetics. "I think they’re all beautiful and they make me happy, and when you’re happy you feel better." 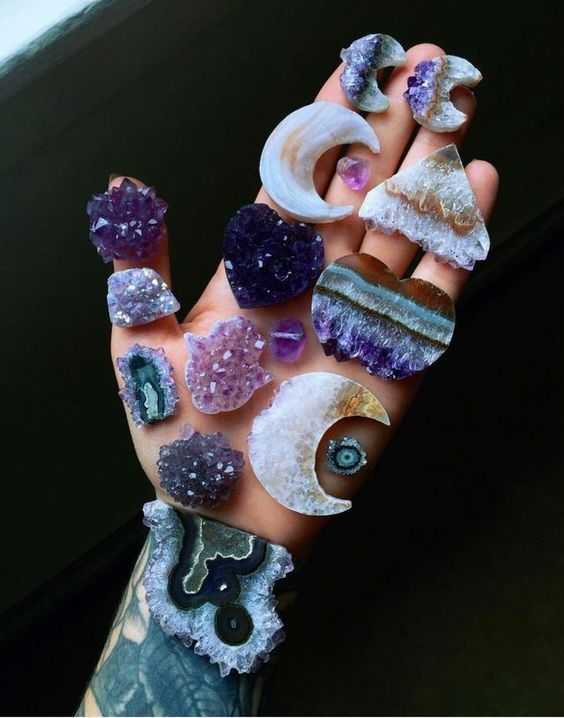 Finding the crystal that's right for you can sometimes be a process, the experts say. Accardi, who is also a Reiki master and practitioner, sometimes swings a pendulum over her customers as a diagnostic tool to help determine which of their "chakras" are stuck and what crystal to "prescribe."

What, you may ask, is a chakra? The word ("chakra" in Sanskrit) means wheel and refers to a complicated energy system thought to have originated in ancient India. There are seven main chakras that run along the spine going from the sacrum to the crown of the head, each considered an "energy center." According to those in the know, these energy points in your body should stay opened and aligned. Some are, supposedly, blocked, inactive or hyperactive and the results can be emotional, psychological and physical imbalance.

At Moon Child Remedies, a year-old shop in North Massapequa, owner Dawn Cartolano, 53, says, "Crystals are absolutely having a moment. I’ve never been busier. And I almost feel guilty. So many people have lost their jobs and are struggling. People are looking for hope and to find balance in their lives, their minds and their chakras, and crystals connect your mind, body and soul."

Here, Cartolano does what she calls an energy test by placing a particular crystal in the dominant hand of a customer. If the person makes a slight forward move, then "the stone is meant for them. If the move is backward, I choose another stone."

WHAT THEY SAY CRYSTALS DO 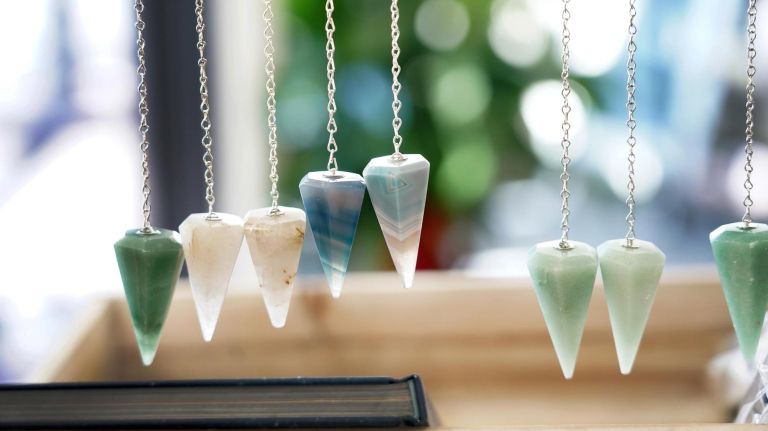 Cartolano says, "Crystals are a great way to power out of what’s going on in this life and this country," noting that she detected an even further spike in sales during the election with people buying stones to support their candidates.

"Each crystal has a purpose and its own healing property to assist you in what you need," Accardi says. "A rose quartz is for your heart, for love. Amethyst can clear negative energy. If you’re having trouble communicating, that stone would be blue agate or lapis. And we’re selling a lot of green calcite which relates to money and can give you more clarity."

Sales at Accardi's shop have been brisk including small pouches of tumbled stone that some women wear in their bras (these run $3 -$10); palm sized pieces for $20-25 all the way up to sculptural coffee table varieties which go from $200-$2,000. "It’s not voodoo and it doesn’t replace science. When you’re taking pieces of the earth out, you’re making a connection between yourself, the earth and the universe," she says.

Small crystals that some carry around in their purses or pockets start at $1 at Moon Child Remedies and go to $500 for larger geodes that people having trouble sleeping might place on their bedside table.

The trend isn't expected to fade soon. In late December, Idayne Kaye, co-owner of Kravit Jewelry in Oceanside, is launching a crystal jewelry collection in collaboration with TV host and author Brooke Burke that will run from $50 for a raw crystal on a suede necklace to $1,500 for crystal and precious gem stone combos. Kaye, who sometimes sleeps with crystals under her pillow, carries them in her travel bags, and wears them daily mixed in with diamond pieces, says, "In the pandemic, crystals offer quiet and comfort and soothing energy."