Why People Have Out-of-Body Experiences

A new study links abnormalities in the inner ear to a predisposition for such sensations. 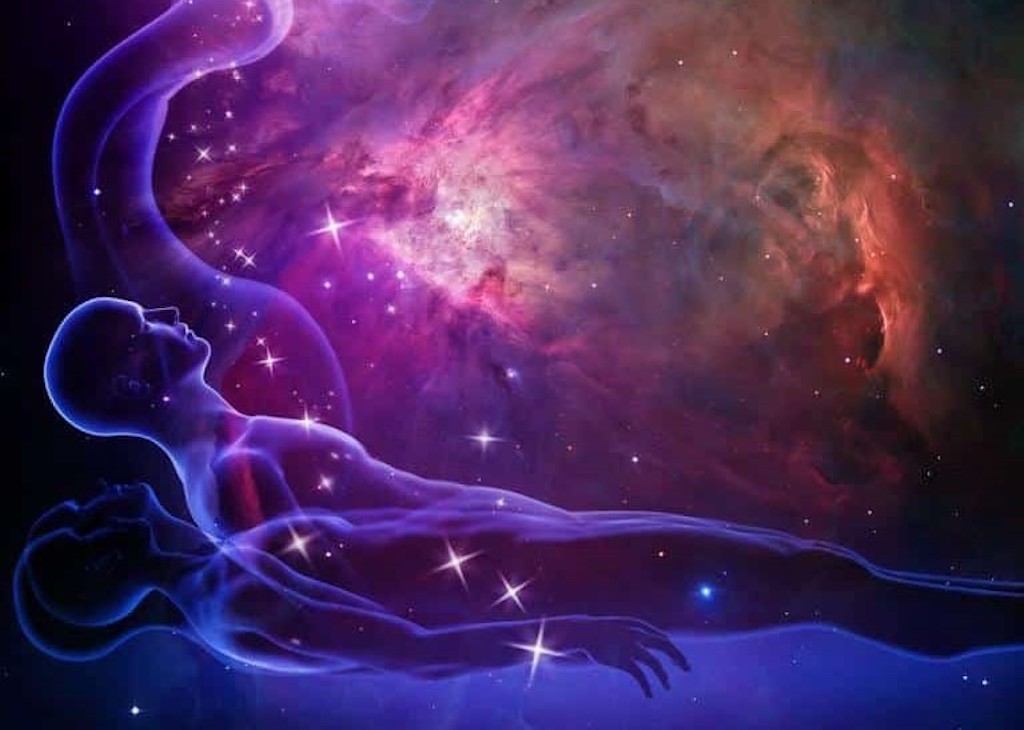 In 1958, Robert Monroe floated out of his body for the first time. It began “without any apparent cause,” he wrote. His doctor, finding no physical ailment, prescribed tranquilizers. A

psychologist friend, meanwhile, told me him to try leaving his body again. After all, the friend said, “some of the fellows who practice yoga and those Eastern religions claim they can do it whenever they want to.”

Out-of-body experience can vary person to person, but they often involve the sense of floating above one’s actual body and looking down. For neuroscientists, the phenomenon is a puzzle and an opportunity: Understanding how the brain goes awry can also illuminate how it is supposed to work. Neuroscientists now think that out-of-body experiences involve the vestibular system—made up of canals in the inner ear that track a person’s locations in space—and how that information gets integrated with other senses in the brain. In one study from France, Christophe Lopez, a neuroscientist at Aix-Marseille Université, teamed up with Maya Elzière, a doctor who sees patient with vestibular disorders. Some of these patients complained of dizziness, with physical causes that ranged from fluid leaking out of the inner ear to an infection of a nearby nerve. Of 210 patients who reported dizziness, 14 percent said they have had out-of-body experiences. In contrast, only 5 percent of healthy participants in the study reported such sensations.

Among the patients who had out-of-body experiences, some reported “being attracted by a spiral, like in a tunnel.” Others described “entering my body, like in an envelope, from the top.” Lopez says he thinks the out-of-body sensation is a result of the mismatch between information coming from the damaged vestibular system and the normal visual system. Olaf Blanke, a neuroscientist at Ecole Polytechnique Fédérale de Lausanne, says that the study “puts previous anecdotal suggestions about a strong vestibular component in [out-of-body experiences] on firm grounds.” Blanke, who has worked with Lopez previously but not on the current study, has also shown that electrically stimulating the brain area that integrates vestibular and visual information can induce an out-of-body illusion. Whether the perturbation is in the inner ear itself or the brain, the end result seems to be the same: a feeling of having defied physics and left one’s body.

Jason Braithwaite, a psychologist at Lancaster University, has found that people who have other perceptual anomalies—like feeling the unexplained presence of another person or a body part changing shape—are also more likely to report out-of-body experiences.

The out-of-body experience may have to do with a specific way the brain tries to make sense of a space. One way to explain this, says Braithwaite, is that your brain automatically builds a bird's-eye view of the space around you. Usually, you see things from your own perspective. But when something perturbs the brain and it can’t make sense of different streams of sensory information, this bird’s-eye model of the world may take over.

To Braithwaite, studying out-of-body experiences gets at the big questions of self and consciousness. “Twenty or thirty years ago, psychology thought consciousness research was a flaky thing, like you get your meditation mat out and light your joss sticks,” he says. (The reaction of Monroe’s psychologist friend to out-of-body experiences suggests as much.) But, says Braithwaite, “aberrant experiences in all their forms and flavors have a great deal to teach scientists and philosophers about the nature of human experiences, even when they’re wacky and wild.” Sarah Zhang is a staff writer at The Atlantic.

Sarah Zhang, The Atlantic, "Why People Have Out of Body Experiences" 2019