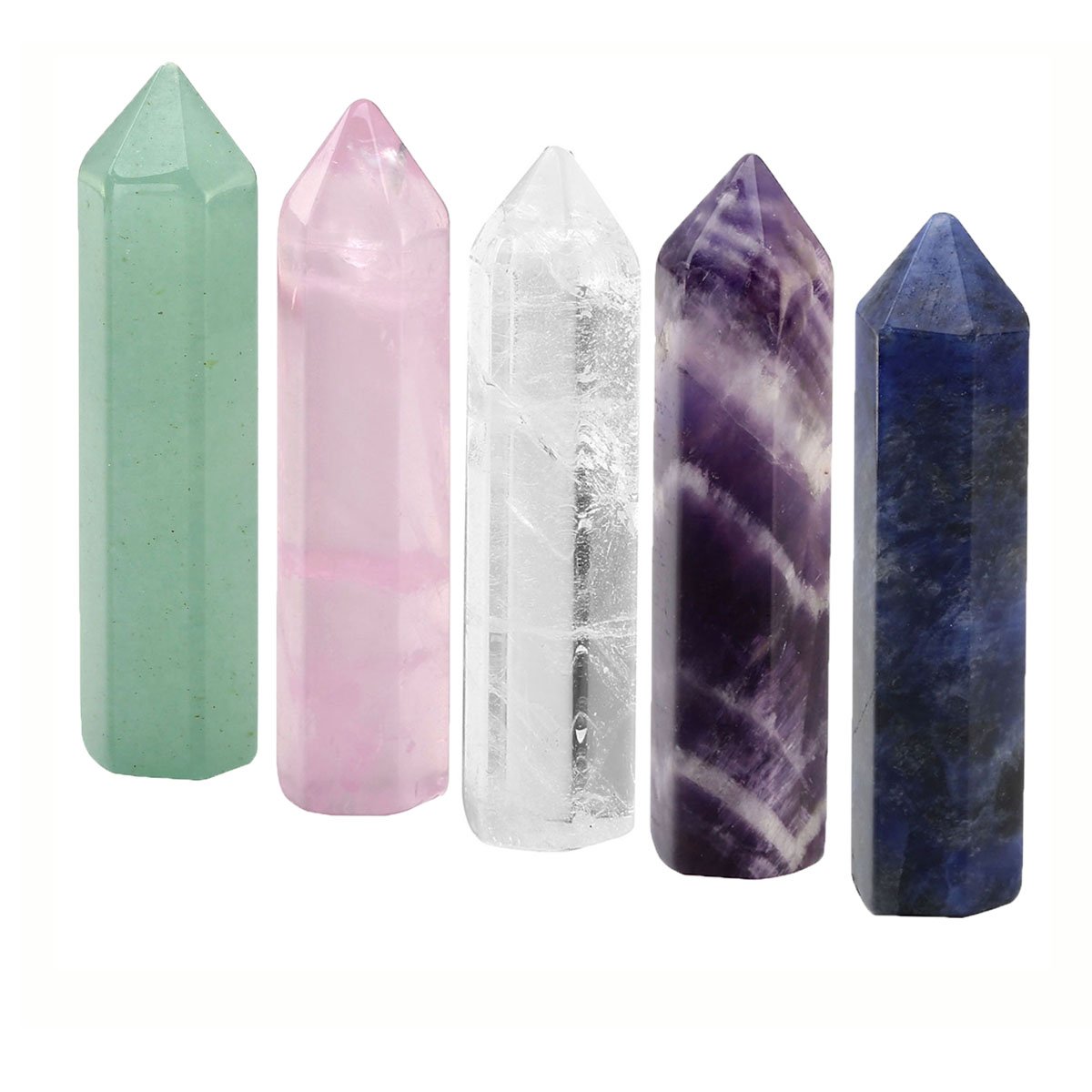 Obelisks - Origin, Properties, and Reiki Use

In the first few days on job with Melded Mind Metaphysical, I heard dozens of words I had never heard: "Snakeskin Jasper" "Prehenite" "Chalcedony"...the list goes on. But one that was repeated often was "obelisk". They are extremely popular as far as crystal shapes go so it was obviously mentioned a lot. If you’ve ever seen photos of the Washington Monument, the Temple of Re-Atum in Egypt, or Cleopatra’s Needle in Paris, then you’ve seen an obelisk. It’s a vertical stone column that tapers as it rises and is topped with a pyramid-like shape. (David Brown, www.mentalfloss.com, 1-20-16)

A true obelisk is made from a single piece of stone. Ancient monolithic obelisks had their start in Egypt and can be found all over the world. It is believed that they act as a vessel to help release and distribute built up energy from the Earth. Some believe that's where crystals themselves originate. Since many crystals naturally grow in an obelisk shape, it is thought that built up energies within the earth are released as crystals. The same effect is believed to happen with smaller crystal obelisks placed inside a room. If the space in which the obelisk is placed has built up energy, the obelisk will help to release/distribute and transform this energy depending on what type of crystal the obelisk was made from. (www.naturesemporium.com)

In crystal healing, different shapes are believed to radiate and focus energy in different ways. The obelisk does just what you would imagine: it concentrates the energy of the crystal and radiates out from the top. Smaller obelisks can be held like a wand and be used to direct energy to a specific part of the body, room, workspace, or really anywhere you want.

Holistic healers are quite fond of obelisks and wands for their useful shape in reiki work. Reiki healing is a holistic technique that involves channeling energy through crystal wands and/or obelisks and using physical touch to bring the recipient physical and psychological relaxation. With the addition of crystal obelisks in so many various available materials (rose quartz, citrine, amethyst, jasper, tiger’s eye, and so may more) and each material containing different properties, reiki is truly a powerful technique especially with the use of obelisks.

Owning and using an obelisk involves first cleansing, then setting intention, and then finding a suitable place to set it. A great way to cleanse new crystals is with selenite. If you have a piece of selenite, wave it over and around your new crystal or set the crystal on top of it or touching it. You can also cleanse crystals by letting them sit in the moonlight overnight (in a safe clean area) or in the sunlight for a few hours. There are several other ways to cleanse your crystals.

Next is setting the intention. Think of the properties of the material in your obelisk. Do you have rose quartz? If so, then think about the aspects of your life involving love that you want to improve or enhance and hold the crystal. Once this is finished, simply find a suitable open space, out of reach of little hands, to place your obelisk.

Now that you know a bit more about the spiritual function of an obelisk and how to prepare it and use it once you have chosen the one that suits you best, you’re ready to get the best use out of your obelisk.

Good energies to you and yours.