Crystals are outshining diamonds in the Covid-19 era 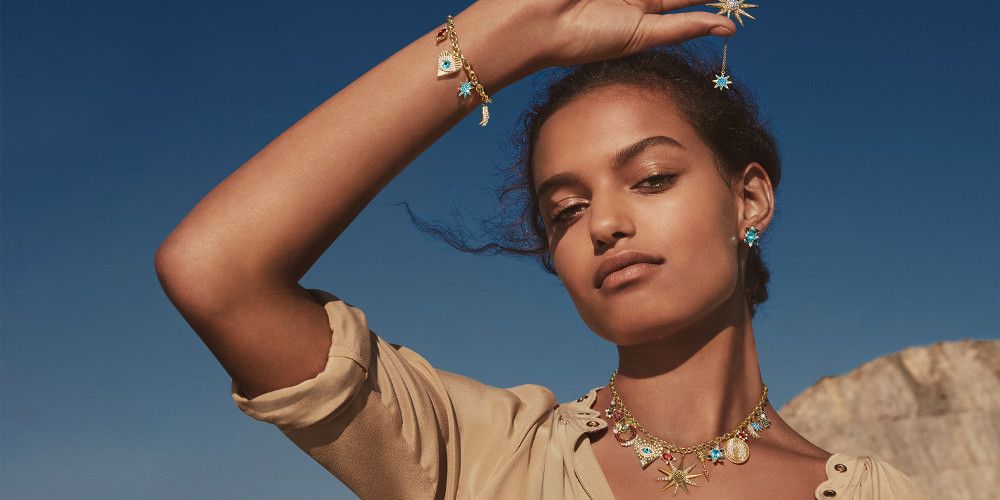 I did not intend to become interested in crystals. It happened, as these things often do, during a long drive through the desert. A chance pass through Quartzsite, Arizona, piqued my interest.

It corresponded with an annual crystal show where thousands of "rock hounds” convene in the aptly named outpost to sell glittering pillars of rose quartz, regal amethysts, and malachite as swirled and green as the back of an ancient gilded turtle.

The RVs and tents parked alongside the highway, Burning Man style, demanded investigation. I soon found myself haggling over the price of golden-colored citrine with a bolero-wearing man named Brian.

Later I forked over a few bucks for a rotund couple of break-at-home geodes (dinosaur eggs, I called them as a child) that came with an oversize nutcracker that looked like it came from a construction site circa 1976.

Turns out, I am late to develop an appetite for "near-gemstones”, as diamond dealers call this US$1 billion-plus (RM4.35 billion) industry.

Today, the crystal-collecting set goes beyond the type of people who shop at health-food stores or practice reiki. The Astro Gallery of Gems on Fifth Avenue in New York attracts famous clients with its US$30,000 (RM130,500) pieces of barite and six-figure specimens of mesolite ("(David) Letterman was in here last month, ” its star saleswoman Ruth told me the last time I was there).

Sotheby’s and Christie’s sell them for tens of thousands of dollars alongside meteorites and fossils. Mardani Fine Minerals reports annual gross sales of US$25 million (RM108 million) to US$40 million (RM173 million), with profit margins varying from 20% to 70%.

The market was strong before Covid-19 and remains unaffected. The coronavirus pandemic is expected to dent the US$76 billion (RM328 billion) diamond industry (as of 2018) by 20% this year, but the value of near-gemstones such as quartz, amethyst, citrine and malachite is holding steady.

The diamond market was already expecting a drop in 2020. Wealthier people are buying fewer, rarer gems, he says while those of more modest means are forgoing jewels and gemstones in favour of crystals.

"The diamond market is going to come down significantly this year, but there’s a lot of demand that has moved down to the lower cusp of (crystals and minerals), which are less expensive, ” he says.

"The need for emotional gifting is going to be intensified, and quarantining is going to drive more buying in general. Near-gems fall directly into this segment.”

James Hyslop, the head of the science and natural history department at Christie’s, agrees. Coronavirus has only strengthened a market that has been historically undervalued.

"The sense that everyone has is that interest in the market for minerals and fossils and meteorites is at an all-time high, ” Hyslop said on the phone from London. "It’s extremely healthy at the moment.”

Earlier this month, Christie’s Sculpted By Nature auction culled £820,375 (RM4.4 million) in total sales, making it the most successful online sale for the company’s natural history department, outperforming a similar sale it held in October 2019.

Many of the lots sold for more than their top estimated value. Among the top crystal sellers were three different rounded Gogotte formations formed from quartz crystals and calcium carbonate in Fontainebleau, France. They took £37,500 (RM200,685) apiece.

"I’ve seen ones selling for a hundred times what they were selling for 20 or 30 years ago, ” Daniel Trinchillo, the founder and president of Fine Minerals International, told Business Jet Traveler in December. "I've seen collections worth 5 and 10 times what they cost 5 or 10 years earlier.”

From the earth, untouched

Mineral collecting became popular in the US. by the 1970s, when buyers began focusing more on how they looked than their scientific relevance.

They are treasured as much for their beautiful hues as for their supposed healing benefits. But if you believe the hype, some crystals are said to offer benefits perfectly in tune with the Covid-era anxiety.

The likes of calcite, quartz, and florite in myriad colours have become pieces of decor in hotels, cafes, and retail businesses. In the latest fashion campaigns for Celine, crystals show up in the brand’s Instagram ads as props for handbags and jewelry.

At the Mandarin Oriental, they’re used in wine wands to help extrapolate tannins. The aptly named Crystal Bridges Museum Of American Art in Arkansas held an exhibition earlier this year celebrating the role of crystals in culture.

"Acquiring crystals is a bit like acquiring art, ” says Anthony James, an artist who showed his work at Crystal Bridges. "You’re forming a relationship.

James uses computer programming to mimic naturally forming crystals in a process he calls "organic digitisation” of "polycrystalline shapes”. His unique pieces, which are the size of refrigerators and bigger, sell in the high six figures. 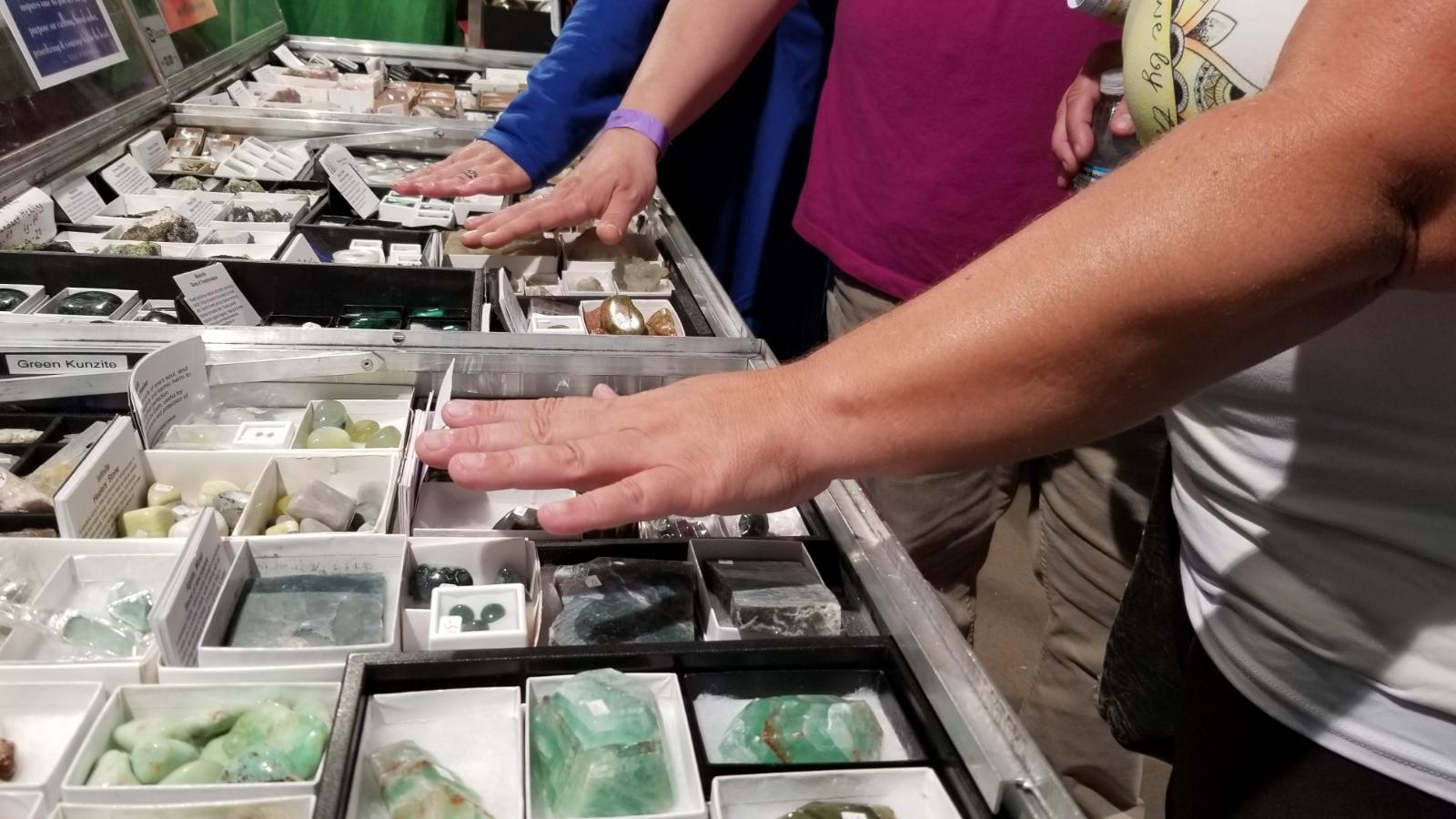 This is how you do it

The first rule of shopping for crystals? Buy the best you can afford.

Specimens with richer, more vibrant colours without flaws are worth-and will cost-more than those with broken edges, weak colouration, and pockets of milky sediment. And size matters, but only to a point.

"The prices rise according to size-to the point where you can’t pick up the crystal anymore-then they drop again because some of these items these are just too big, ” says Hyslop (you try moving 500 pounds of solid fluorite into your upper-level loft).

"It isn’t necessarily the price that would be the inhibitor. It’s the logistics of moving these things around.”

The pricing scale generally follows a stable per-kilogram increment structure. At The Crystal Matrix in Glendale, Calif., you can purchase a piece of quartz that you can hold in your hand for a couple hundred dollars.

"When you get into really big centre pieces for a museum exhibition, prices shoot up again, ” Hyslop says. "The biggest ones are incredibly valuable-six and seven figures.”

The third rule of crystal shopping: There’s no "right” crystal to collect. Focus on the ones that spark your interest, then learn as much as you can about their provenance, follow auctions that sell them, and ask insiders and experienced dealers for insight.

"Buy a crystal for its beauty or get a crystal to use for healing, ” says James, the artist. "What is relevant is your intention.”

Intention, it seems, will strike from anywhere, even outside the desert. Last week, on the way to Malibu, I passed an unmarked van parked along the Pacific Coast Highway, rear doors opened wide to reveal towers of brilliant amethyst and tourmaline stacked inside. I had half a mind to turn around and go back.