Written by Chermaine Chee on September 17, 2021 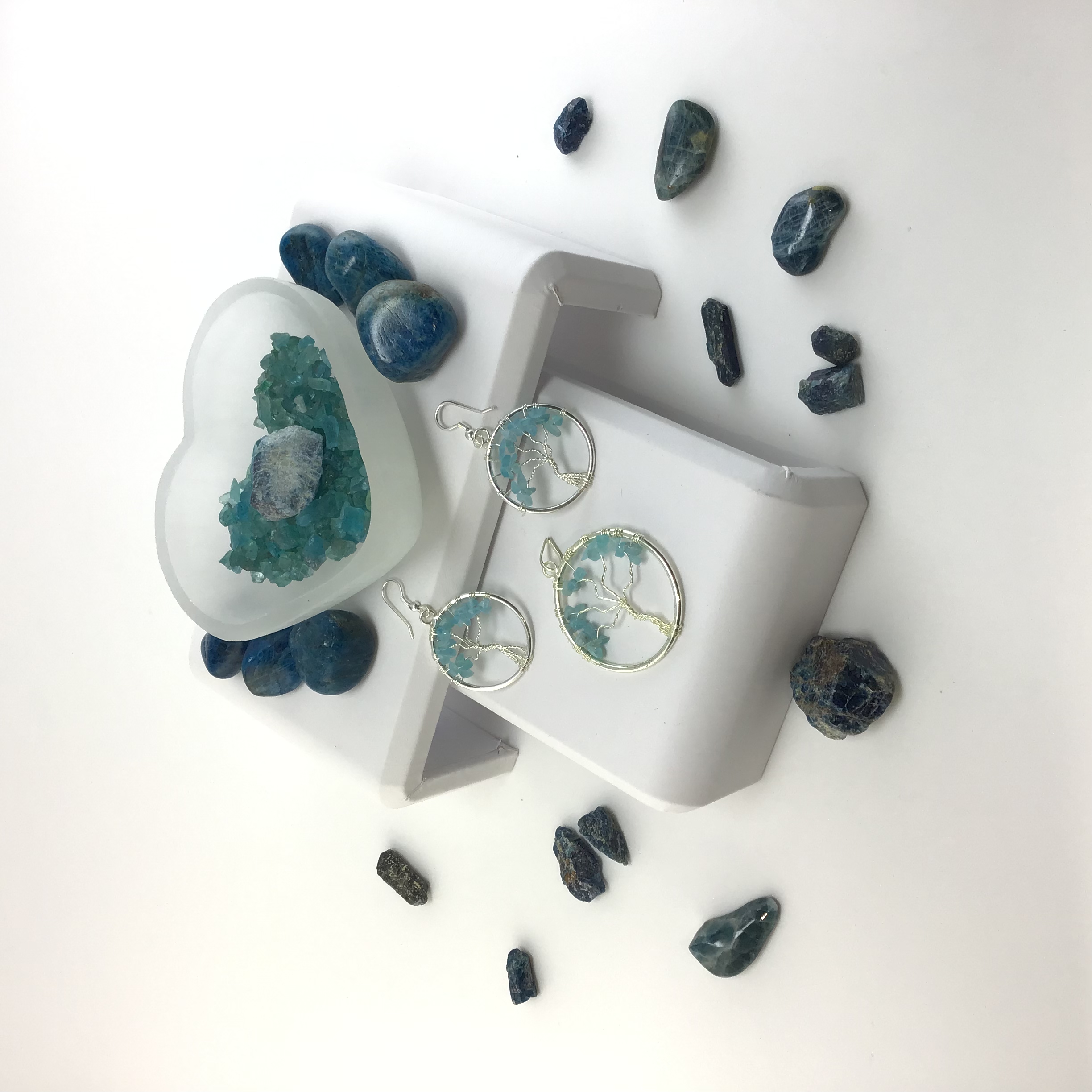 Click the picture above to shop all natural apatite specimen

Blue apatite crystal falls into the category of phosphate minerals and was first named in 1786 by a German geologist.

In the 1800s however, it was discovered that the original stone had been incorrectly classified, and the record was set straight.

Blue apatite can be found in a number of regions, including Brazil, Madagascar, Mexico and Burma, although the largest deposit is in Russia, in the northwest town of Kirovsk.

Click the image below to shop all apatite tumbles 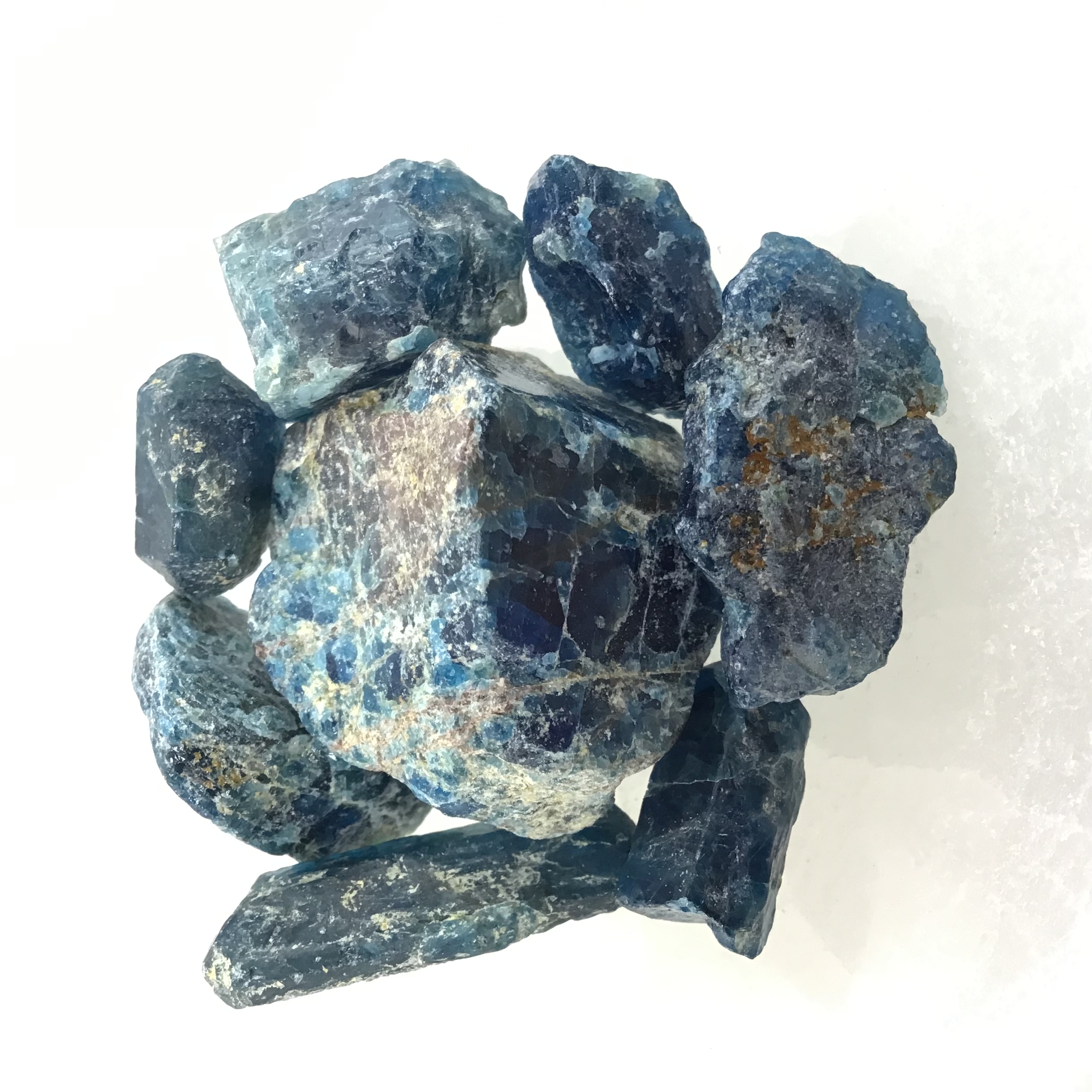 What Is Blue Apatite?

There are many variants of apatite stones; they can come in yellow, blue, green, grey or brown hues. Blue gemstones, in particular, are prized for their beauty, and blue apatite is often favored over those of different colors.

The blue crystals can vary in color from a more indigo shade to a very sought-after neon blue, which is reminiscent of Paraiba tourmalines.

What Is The Meaning Of Blue Apatite?

The word “apatite” is derived from the Greek word exapatὀ (or apatao), which means “to deceive”. This is thought to have originated from the fact that apatite has often been confused with other gemstones, such as Paraiba tourmaline.

Blue apatite, like many other gemstones, has multiple benefits and holds a great deal of meaning. People have found that it can help with motivation, ambition, self-confidence and self-acceptance. In general, blue gemstones are associated with the mind’s connection to the spiritual world. This doesn’t necessarily mean any kind of organized religion, but rather an opening of your mind and heart, which allows you to access your authentic self.

It has also been associated with psychic perception and the ability to access the realm of the paranormal – and sometimes even being an aid to those doing past-life work. This ability in turn promotes creativity, as it enables people to get in touch with parts of their spirit and the mental world that were previously forgotten.

Many people use apatite stones to help them understand their inner world better and assess their needs, wants and the issues they’re facing.

On top of these metaphysical and spiritual benefits, apatite crystals can be used to enhance physical health as well. It may come as a shock, but one type of apatite as a biological mineral is found in our teeth and bones.

As such, it’s no surprise that the apatite crystal holds physical benefits – people have used it to suppress hunger and boost their metabolism. Some have also found it very useful for promoting the healing of bones, teeth and cartilage.

What Chakra Is Blue Apatite Good For?

Blue apatite is associated with the throat chakra, also called Vishuddha Chakra. The throat chakra, of course, has a connection with the color blue, and is mainly linked to our communication abilities. Using blue apatite can unblock the throat chakra, which makes it easier to communicate and express oneself in other ways. The signs of a blocked throat chakra can include feelings of social anxiety and shyness, difficulty expressing yourself and insecurity – definitely things we want to avoid!

How To Use Blue Apatite?

This gemstone has strong properties that can have a potent effect on those who use it. As such, people who haven’t encountered it previously should exercise caution when first starting out. A sensible first step is to place a blue apatite stone under your pillow at night, which can result in vivid and even prophetic dreams.

When it comes to the throat chakra, using apatite crystals helps to unblock the energy flow. There are a number of gemstones that help with restoring the flow of energy through your throat chakra, including amazonite, turquoise, aquamarine and lapis lazuli.

With regards to the throat chakra specifically, blue apatite can be used in a couple of ways:

If your throat chakra is not your primary concern, then there are plenty of other ways to use blue apatite to enhance your connection to your authentic self and the spiritual world. If you wish to unlock your creativity, this gemstone can also be used for the third eye chakra, which is located between your eyes. This particular chakra is linked to your ability to be creative.

In your everyday life, using blue apatite as jewelry and to decorate your living area allows its healing properties to take effect. Carrying an apatite stone can help you feel supported and connected throughout the day.

Placing your blue apatite in close proximity with your third eye chakra can help to focus healing properties on your psychic powers and creative side. For this there are a number of methods to wear the gemstone, including the use of it in eyebrow piercings, for example. 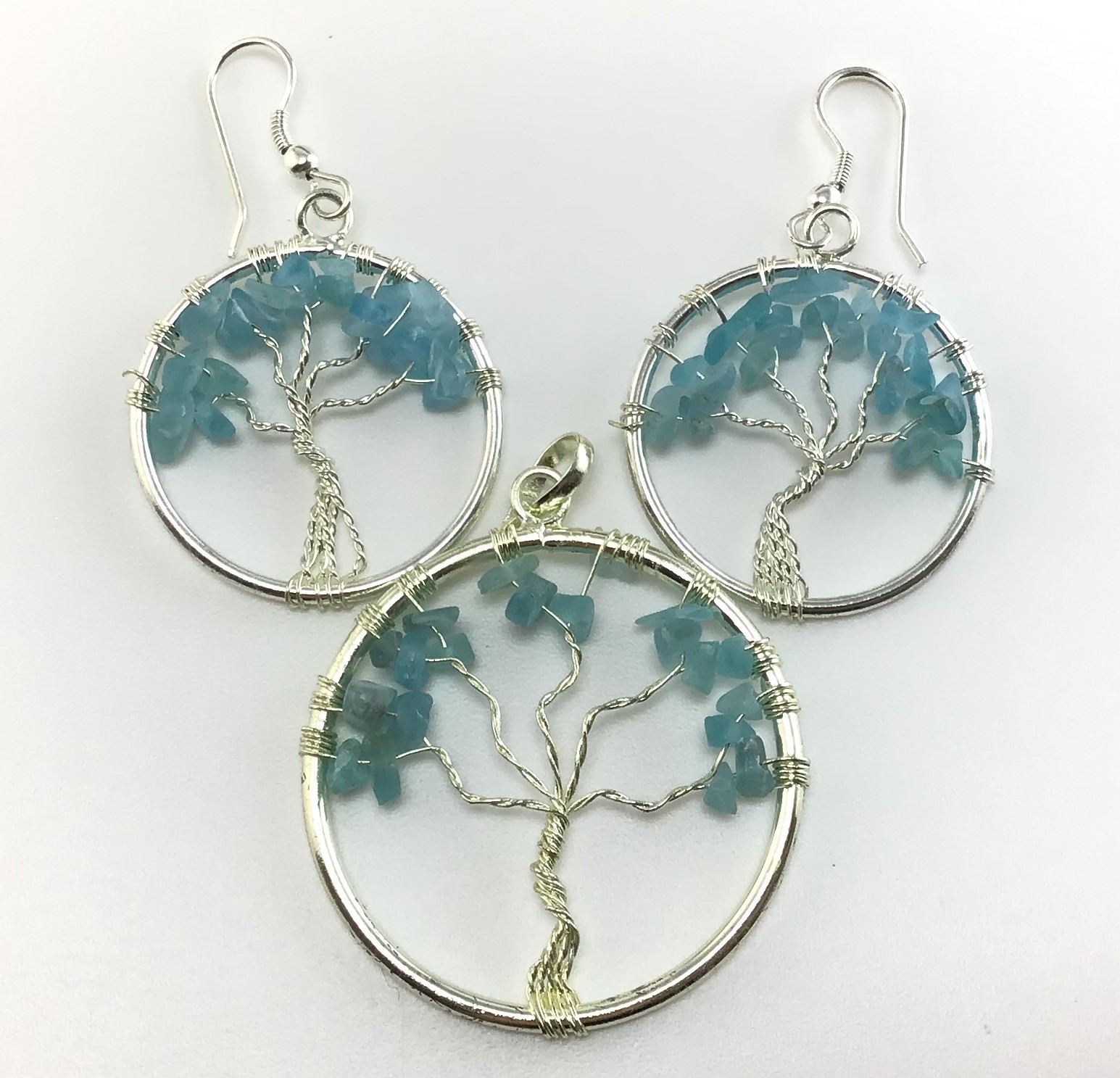 Is Blue Apatite Safe To Wear?

Wearing apatite as jewelry has absolutely no ill effects on those who wear it – but as a softer stone it can get scratched and dented relatively easily. Rings and bracelets are not ideal for showing off your apatite, as they are exposed and vulnerable to damage.

How To Cleanse Blue Apatite?

Cleansing and taking care of your gemstones is extremely important, and is needed both on a physical and spiritual/psychic level. Rinsing your stone under running water can having a cleansing effect physically and metaphorically.

Despite apatite’s magnificent appearance, it is not a very expensive gemstone, making it a great choice for stunning and affordable jewelry.

How Do You Know If Apatite Is Real?

When trying to ascertain a gemstone’s authenticity, consulting a reputable dealer is always best. In a lab setting, it can be thoroughly tested, but one sign of a true apatite stone is its hardness. When looking at gemstone-quality apatite, however, the density is softer and the surface more easily scratched.

Blue apatite is both beautiful and powerful. Using it in your daily life and spiritual practices can be highly beneficial, making it fundamental to your overall health.